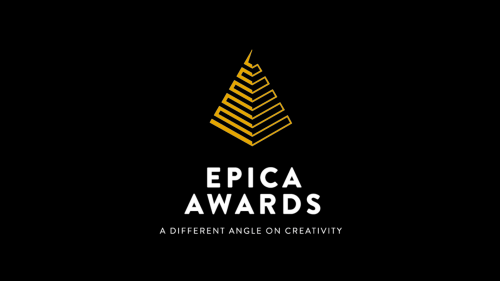 Creative Director C is from a competing ad agency. For some reasons, he doesn’t get invited to chi-chi parties and other industry events where CDs A and B are always present.

Creative Director D is from a local ad agency. He wants to penetrate deep into the inner circle of A and B but always ends up an outsider. Reason: He is not from a multinational ad agency.

Creative Director E is a charming social butterfly and with an odd foreign accent. She spends more precious executive hours in industry meetings rather than brainstorm with her agency wards. She also gets invitations to judge more than what she could chew.

Creative Director F is a protégé of an industry ‘kingmaker’. She is a remnant of an old epoch. She has been in advertising when digital was still an unknown territory.

All these characters are fictitious. But they are becoming real. 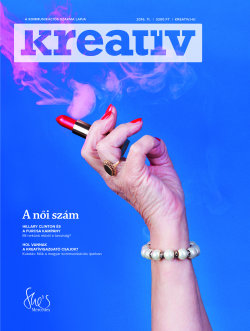 Picture all of them in a high profile judging. Walk through the cocktails’ ‘beso-beso". Listen to the echoing guffaws of self-proclaimed gods and goddesses of advertising. Come closer, baby. Have you been phubbed?

("Phubbing", combination of "phone" and "snubbing"). To be phubbed is to be snubbed by someone using a celfone while in your company and not paying attention.

As you mingle and hear red wine glasses clinking, and see the hors d’oeuvres cleaned off the trays, you hear the head of jury: “Time to scrutinize the entries.”

He makes a speech and reminds that you abstain from voting for your agency’s entries. Hmm, who will give out fat zeroes or perfect 10s? Let’s see.

After rounds of voting, score sheets are turned over to an auditing firm. The shortlist and the final list of winners are not supposed to leak. Even media are told to embargo the news prior to “The Big Night”, also called the gnashing of teeth and moment of whining.

Biases in advertising award judging? Let’s face it, they have been talked about for many years. Some people don’t want to speak up because it may doom their career. But we’ve seen one or two big ad agency networks, at certain times, expressed their sentiments, even declaring not participating.

Ivan Raszl, owner of one of the world’s most browsed advertising creativity sites, “Ads of the World”, says: “The credibility of some awards is very low because we are awarding ourselves. A multinational head of creative, judges another multinational ad agency work, and vice versa.

“Just the night before, they both drink and party together on the same beach. The industry is small and all big shots know each other. It's just unrealistic to expect from people who know each other and most of the time, respect and like each other, to be objective. If they hate each other, it's even worse. Their decisions will be consciously or unconsciously affected by their personal relationship,” he continues.

Raszl notes that independent fashion journalists and critiques judge fashion shows. Independent safety and other authorities rank new models in car shows. “It would be inconceivable and ridiculous if Vivienne Westwood were to judge Tommy Hilfiger's work, or if Ford were to rate Volvo's safety ratings. Yet, that's exactly what the advertising industry does,” he says. 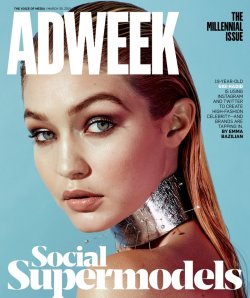 The solution to this uncomfortable situation, according to Raszl, is to create juries that consist of one or a mix of real consumers (like a trial jury), clients or independent advertising critiques, probably made up of journalists from major ad publications.

“When creatives judge their fellow creatives in awards shows, one might argue that it's a good way to ensure strong work. Others might argue, it gets a bit ‘incestuous’,” Adweek, another global advertising trade magazine, says.

Founded in 1987, Epica is the only major ad industry awards show judged solely by journalists working for marketing and communications publications around the world. It highlights that its judges are journalists who are largely detached from the personal relationships of advertising—and even barred from judging work from their home countries.

We personally interviewed Mark Tungate, a British Journalist and author of "The Epica Book", Adland: A Global History of Advertising and other subjects specializing on media, branding, travel, lifestyle trends. He is also a favorite speaker at conferences around the world. Here he is: 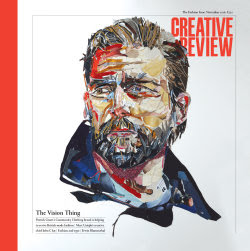 Apart from being the only awards show judged by Journalists around the world, what makes Epica an important award show?

Tungate: I think the answer is in the question. The fact that we have this unique jury of journalists means that we’re entirely objective and unbiased. None of our jurors are going to vote for or against a piece of work depending on whether they once worked at the agency, or they’re in the same network, or a rival network. They are interested in great work, that’s all. I’d also say Epica, as an event, is one of the few places where the worlds of journalism and creativity overlap. But as communities, both agencies and journalists are storytellers. So they can learn from one another.

Has the number of entries to Epica Awards grown over the last 3 to 5 years? If yes, how many percent?

Well, we’re a fairly modest awards show and the number of entries has stayed fairly stable at around 4,000 a year. In fact in 2016 the exact number was 3,800, a 2% increase on the previous year. Obviously, it would be nice to have more, as the fridge in our staff kitchen needs replacing, but at the same time, we’re not greedy or money grabbing. Having said that, the mix has changed slightly. We get more entries from independent agencies now - in fact they make up around 50% of our entries - while the networks tend to enter slightly less work, but of a very high quality. 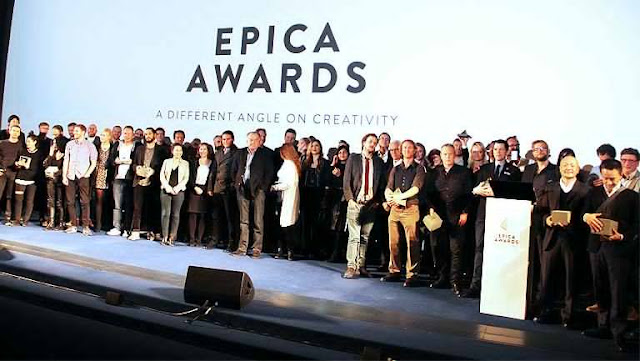 Who designed the Epica logo and why was it named that way?

We rebranded a couple of years back. Our website and logo were designed by an agency called Vasava, in Barcelona. They’re extremely talented friends of mine: we worked together years ago on a book about the history of the jeans brand Diesel. The pyramid represents the peak of success, of course, while the black lines represent lines of print. Epica stands for the Editors’ and Publishers’ International Creative Awards. 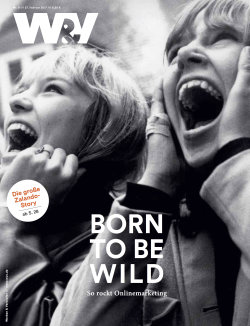 Would AI (Artificial Intelligence) invade advertising in the future?

There have been a few recent examples of agencies experimenting with AI, but they remain fairly anecdotal for the time being. It’s true that chatbots are being used as marketing tools and replacing customer help departments. But I’m pretty confident there will always be room for human creativity. Our foibles, anxieties and strange obsessions are also what make us effective creators. Could an artificially intelligent human being make the film “Blade Runner”, which is essentially, a discourse on what it means to be human? I don’t think so.

Without newspaper journalists, would respect for other Journalists diminish?

Seriously, I think the image of the incorruptible newspaper journalist, seeking after the truth, is a romantic one that continues to have a certain allure. That’s certainly what attracted me to journalism as a young man. That and Tintin, obviously. But in today’s world, I’m not sure it’s possible to be “just” a newspaper journalist. You have to be skilled at video, social media and even podcasting. The journalist of today is a multimedia one.

What would be the medium of the future, let’s say in the next 5 to 7 years?

Interestingly I think certain high-quality print media will survive. Newspapers and magazines will be regarded as artisanal, almost luxury items, rather in the way that vinyl records are today. I’m a great believer in what I call “analogue snobbery”. 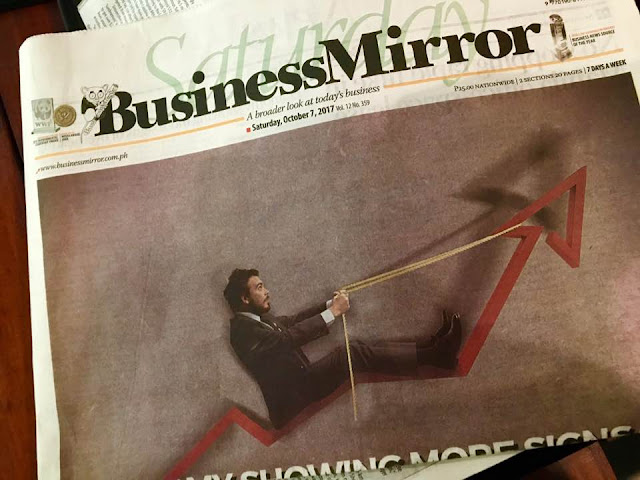 Books are going that way, too. But it seems certain that the vast majority of media will be consumed on mobile devices. I read The New York Times on my phone every morning. Having said that, at the weekend I tend to buy the hefty print version and sit at a café poring over it. It’s the difference between taking a quick shower,or wallowing in a bath.

How extensive are you reaching out to Asian markets?

Getting better, I would say. Last year we had gold winners from the Philippines (two, in fact!), India, Japan and Taiwan. We also had entries from China, Indonesia, Malaysia, Sri Lanka and of course Thailand, which is a very creative market. Part of the problem is that we’re based in Paris so we can’t travel extensively in Asia promoting the awards. Got a fridge to pay for, you know.

There are some people who don’t believe in awards, your thoughts?

Not everyone likes awards, but everyone likes to win one. Plus, agencies like to measure themselves against the competition, in my experience. It’s true that awards require an investment, and many of the shows have become rather expensive to enter, but at the same time they motivate hard-working staff and build creative careers. It’s pretty difficult to say “I’m one of the world’s most creative people” without being able to prove it in some way. Awards help with that. I could tell you I’m an author but sooner or later you’re going to want to see one of my books. 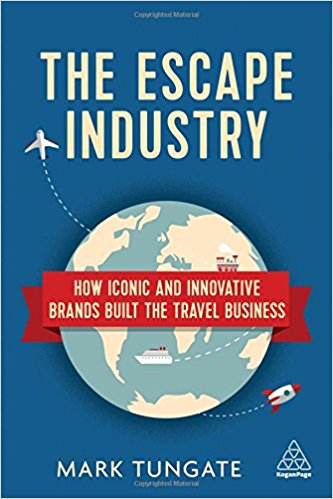 Tungate’s latest book, "The Escape Industry", history of travel industry from the perspective of its most iconic brands, was launched in Europe last week and will be rolled to the US market on October 28, 2017. Interested parties who may want their work judged objectively, may log on to www.epica-awards.com