THE CONSUMER IS NOT A MORON, SHE IS YOUR WIFE 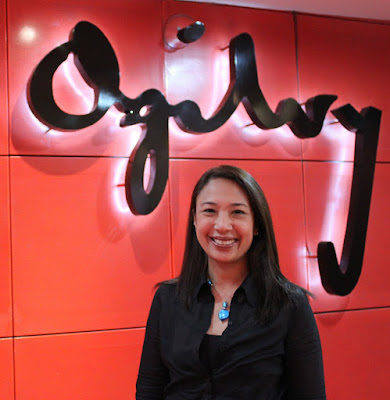 That is one of Ogilvy’s most famous lines and if you ask advertising and marketing practitioners if they know what it means, most of them, if not all, will say: “I do.”

The most devastating thing that could happen to a husband is when his wife comes to him and says she is filing a divorce.

Marriage break-up or annulment is painful. The same is true in marketing. Can you stand seeing your customers walk away because you’ve not been faithful in delivering your brand promise?
Consumers stay loyal because of the brand experience they get. When they feel that they’re being shortchanged, watch the cookie begin to crumble.

Are customers beginning to get bored with your brand marriage? Why not woo them with the same passion you made them feel when you first met them?

When brands constantly renew their vows to consumers and heighten the romance, sales honeymoons are just waiting to happen again.

Romancing the consumers is not a nine-to-six-job. We all know that in order to get the desired sales figures, we need to remember the numbers: 24/7, 365 and 360-degree brand caring.

That’ll give you brand omnipresence, top-of-mind-awareness and top-of-the-ladder boost in sales.

The world never sleeps when you sleep. On the other side of the globe, a new brand is about to be launched. Competition is planning its next move. The seemingly ‘perfect’ brand that you thought it was is bound to get obsolete.

As technology gets better, keep your acts together. Because by the time you wake up, things may have changed and enemy is now staring at you in the face.

Recent Manila visitor Steve Dahllof, President and Regional CEO of Ogilvy Public Relations Worldwide, Asia Pacific, says: “Our job is to offer the best possible solution. We need to take a closer look and analyze the facts in order to make brands consistently engaging - Round-the-clock, not halfway through.”

A proud advocate of Ogilvy & Mather’s word invention: “Prosumers” (a breed of producers and consumers that are becoming a very influential social group in driving brand success), Dahllof travels around the world carrying in his packed suitcase a multi-layered persona: Creative Director, Strategic Planner, Client Lead and Managing Director all rolled into one.

In more than 450 Ogilvy offices in 120 countries, “we help create a 24/7 marketing environment and spin a 360-degree media-centric communication with clients, combining local know-how and an expansive global network,” he says.

As the industry knows, the process has produced many powerful campaigns, addressing local market needs while still reinforcing their universal brand identities.

“360-Degree Brand Stewardship, says Dahllof, is “the agency’s brand-building weapon, a holistic look at communications, using what is necessary from each discipline to build a brand.”

Leah Huang, Ogilvy Manila PR Managing Director, also says, “we not only communicate, we dialogue with consumers and motivate them to effect behavior change.”

“Our role as 360-degree Brand Stewards is to create attention-getting messages that make a promise consistent and true to the brand’s image and identity,” she says.

Asked if there’s an impending death of advertising and PR, Dahllof and Huang say, “Brands all the more need ad agencies with a holistic approach to a marketing problem. More than ever before, marketers need both advertising and PR because losing control is a terrible thing.”

The Ogilvy touch is always evident in real advertising practice - delivering effectiveness to clients’ expectations. Every Ogilvy staff knows that “If it doesn’t sell, it is not creative.”

In the region, Ogilvy PR was most dominating with its recent successful brand case study: a tourism campaign called “Pambassador” which agencies with travel and tourism accounts may really want to ponder on and take a closer look.

The Ogilvy thinking in that pitch: “Soft power’ is more effective communication strategy on the world stage than messages of economic might.”

“Pambassador” zeroed in on China’s Sichuan province’s capital of Chengdu, virtually not in the radar of foreign investors and with almost nil tourism revenues.

From obscurity, “Pambassador” made Chengdu an investment haven, 12 Fortune 500 companies established bases in the city as a result which saw a 26% increase in tourists in 2010, a spectacular 58% growth in the month after the campaign was launch.

Reinvented, Chengdu became a city that is economically sustainable, friendly and open with more than 60,000 people worldwide applying for permanent residency.

Now perceived as the “Panda-Land” of China by 51% of potential tourists and key opinion leaders, Chengdu rose to the occasion, largely through Ogilvy’s exceptional levels of PR Relations and media coverage which subsequently delivered the following results:

Around 40% of key opinion leaders across Asia, North America, and Europe had heard about the “Pambassador” campaign (source: Penn Schoen Berland)

Moreover, “Pambassador” was described as “the new best job in the world” in a 2-minute TV feature on ABC’s Good Morning America to 4-5 million daily viewers.

Social media coverage was substantial with a highlight being a feature on Perez Hilton’s blog (www.perezhilton.com) with over 7.2 million web hits a month and 1.7 million Twitter followers

No less than Mr. He Huazhang, Vice Mayor of Chengdu recognized the outstanding success of the campaign:

“We are very impressed by Ogilvy’s competence. This is one of the most successful campaigns we’ve done in recent years,” he said.

The success of “Pambassador” campaign was also cited by UN Secretary-General of Ban Ki-moon saying “efforts to protect the Giant Panda have also contributed to raising global awareness of the importance of biodiversity and ecosystems.”

The guy who founded one of the world’s largest ad agency networks celebrated his 100th birthday last month.

Over the past 60 years, Ogilvy helped build countless brands together with people who practiced what he preached. American Express, Sears, Ford, Shell, Barbie, Pond’s, Dove, and most recently, IBM and Kodak were among them.

The former college dropout, chef and door-to-door salesman who became a copywriter was honored by no less than the world’s biggest advertising festival, Cannes, and rolled out its red carpet calling him – “The man who inspires.”

Ogilvy won 12 Gold Lions and won its best ever result at Cannes securing the "Network of the Year" category as well.

In total, the network won 61 Lions across all categories, scooping up 17 Silver and 32 Bronze Lions, as well as having 133 Finalists in this year's festival. Ogilvy Argentina was named Direct Agency of the Year and Ogilvy Brazil took third place in that category.

At the end of the festival, the Ogilvy network helped push WPP* (Wire and Plastic Products, a UK manufacturer of wire baskets, in which Sir Martin Sorrell invested following his search for a public entity to build a worldwide marketing services company) to the cream of the crop, beating the usual suspects, Omnicom and Publicis Groupe as Holding Company Network of the Year.
Posted by Roger Pe at 11:15 PM