WANTED: A BALANCE OF CREATIVE AND EFFECTIVE ADVERTISING 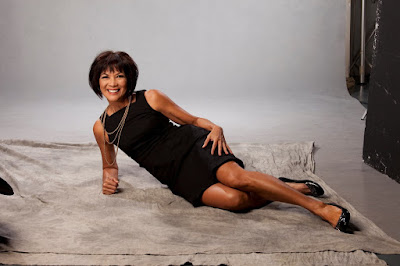 Who doesn’t wear a pair of Nike shoes? Kids wear it. Teens wear it. Men and women wear it. Your old folks wear it. The globe practically wears it. The iconic brand is such a blockbuster it took Cannes by storm.

Over the weekend Nike captured the Grand Prix Lion in the juiciest categories of all, Film.

No less than the world’s soccer gods Cristiano Ronaldo, Wayne Rooney and Franck Ribery starred in the 3-minute film. The story is simple: Should they bring home the world’s favorite sport's top prize, statues will be erected in their honor, babies named after them, even guest appearances on "The Simpsons."

On the local turf, you are walking in a mall or some busy side of a city’s business district. A dentist comes up to you from out of nowhere and say your teeth have, aww, bacteria.
Obligingly, you say yes to the invitation and, voila, a state of the art teeth scanner appears. You are shocked to see the truth: indeed, your teeth are all covered with bacteria even if you just brushed your teeth.
Product freight follows, introducing (beep) toothpaste that gives you whiter teeth in just two weeks. Fast forward, look, ma, no stains and your teeth are whiter than ever before.

Is the ad effective enough to convince you to buy the product?

Here’s a beautifully produced, cinematic tv commercial with a gorgeous looking girl running in slow mo in a picturesque landscape with sunflowers blooming in explosion. She doesn’t speak any lines except give a mysterious, teasing smile until the very end of the ad, and that’s it.

Can an ad get noticed just because it looks stunningly beautiful like a Hollywood film? Bernbach, the acknowledged father of modern advertising said, it is no guarantee. He said, “How many people do you know who are impeccably groomed... but dull”?

We’ve seen many would-be-queens lose their grip on the title because they scored badly in the dreaded Q and A. A hairline away from the crown, they quickly vanished to the exit door after they spoke.

Anyone who has ever told you that you’re a dumb blonde is unpalatable, much more insulting. In advertising, form over content can sometimes mean disaster.

And so do content over form. All meat but it’s ain’t neat, all substance but consumers don’t wanna glance. Just the same, it is an impending disaster.

BALANCE IS THE KEY, CREATIVITY AND EFFECTIVITY IN TANDEM
As ad agencies continue to parry the onslaught of change, and as Cannes, the world’s biggest advertising, finally relents to mount the Creative-Effectiveness category for the first time in its more than 50 years, a new breed of ad people is emerging.
They are the Better Managers, the ones who are able to give clients a good balance of effective advertising without relegating the creative side of it to the din of the back door.

Matec Villanueva, Chairwoman and Chief Executive Officer of Publicis Manila, is one such.
“To survive the rising tide of change in advertising one must know how to balance the agency’s output: produce effective advertising that walks in tandem with the world’s creative standards,” Villanueva says matter-of-factly.
Villanueva loves to stress her tandem partnership with Marlon Rivera, President and Chief Creative Officer of the agency. “He is my chef de cuisine and I am the maitre‘d,” she points out.

The power of two recently produced Nestle’s hugely successful centennial project commemorating the food company’s 100th year in the country as “Kasambuhay Habambuhay” (Companion in Life, For Life”). The ambitious magnum opus debuted in Cannes last week to a capacity crowd amidst a thunderous applause.

The love story of childhood friendship enduring through time, good and bad until a new generation of romance repeats the cycle, had Nestle products woven discreetly in the story, unobtrusive in their presence and as important part of Filipino family life, a triumph in product subtlety, casualness and respect for the consumer,

“We sold him the idea. It wouldn’t see the light of day if he didn’t take the risk,” Villanueva says.
The 100-minute “short film anthology,” showcased the wide expanse of Filipino advertising creativity and what it can accomplish.

Handled by directors who had done Nestle product commercials before the “The (H)owl and the Fussyket” by Chris Martinez, “Unplugged” by Raul Jarolan, “Isang Tasang Pangarap” by Sid Maderazo, “Tingala sa Baba” by Henry Frejas, and “Sign Seeker” by Carlos Directo were among the crowd favorites in a gala showing.

Villanueva who seemed to have inherited Minyong Ordonez’ business acumen is also a stickler for balanced time management.

She makes sure that Publicis Manila’s staff - from management to rank-and-file have a work-life balance, believing that one’s life after work shouldn’t be compromised.

“We must see the other side of the world to get a brighter picture of the whole world,” she says.
A balance of everything, made Villanueva accomplish her target: produce double-digit agency growth every year for an agency she once turned down to lead.

Villanueva and Rivera have been instrumental in leap-frogging Publicis Manila to an enviable industry success. In a scenario where majority of ad agencies are scrambling for new business pitches in a diminishing pie, the two focused on their existing accounts as their biggest source of growth. And how they did it with much aplomb.

“Because we’re such an effective agency who also believes in market research data which always backs up our thinking that ultimately always redounds to contagious ideas, “ Villanueva proudly mentions.

Villanueva who never thought she would be in advertising right after college stumbled into advertising through the back door. She worked in an activation unit of Basic Advertising, the predecessor of Publicis Manila.

Today, she has grown bigger than what she thought she’d ever achieve. Under her helm, Publicis Manila is now one of the industry’s most financially vibrant agencies and has also become the industry’s biggest insighting agency.

Like the Nestle centennial story where a new generation of romance repeats the cycle, Villanueva believes in nurturing new leaders, just as her former mentors Minyong Ordonez, Tony Mercado and Nonoy Gallardo showed her the way.

“A responsible leader must be able to nurture future leaders. Otherwise he or she becomes a failure,” Villanueva says.
A balance of everything, a balance of good people nurtured to produce what advertising must accomplish at the end of the day, that is the Villanueva way.

*The Cannes Grand Prix winner in the new creative-effectiveness category was U.K.'s "Sandwich" campaign for PepsiCo's Walkers potato chips by Abbott Mead Vickers BBDO, London, in which Walkers turned the town of Sandwich into the most exciting place in England to prove that its potato chips paired with a sandwich make lunch more interesting. Five other Lions were awarded, including two for the U.S. and only 10 made it to the shortlist.
Posted by Roger Pe at 6:31 PM