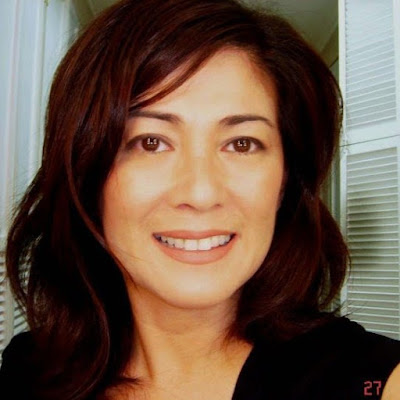 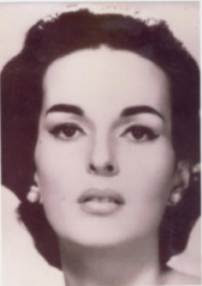 
The talent caster became the talent.

She was already resigned but when Myra Mendoza-Portillo visited her Ace-Compton (predecessor of Ace-Saatchi and Saatchi) friends one day, she was asked to try out for a new thematic tv commercial for Camay.

She was chosen from out of many who vtr’d (video tape recording).

The commercial "Sweet Sixteen" was aired in 1983 and Myra was 24 years old then. The setting was in a "ball" where she and Rina Concepcion (Gabby's younger sister) were lead talents.

16 year-old Rina and Myra were dancing to "You're 16, you're beautiful and you're mine..." with their respective partners. The message of the ad was the comparison between a 24 and 16 year old and how her skin was supposed to have looked as young as Rina's.

“It's thrilling that people still remember me as that girl in the “Sweet 16” ad even up to today,” the still gorgeous looking Myra said.

As talent caster for Ace-Compton, Myra’s assignment was brand Camay for a few years. She handled talents Gina Leviste, Angeli Pangilinan and Zsa Zsa Padilla who all appeared in Camay's "BlindfoldTest" tv ads.

In “Sweet Sixteen,” Myra and Rina had dance partners. Hers was Chris Portillo, also an ad executive whom eventually she married and her husband of 25 years. Years later, she went on to appear in an Oil of Olay print ad.

Sixty-one years ago, a brand was so enchanted by the pinay’s maiden-like charm it introduced a global soap to enhance her beauty.

Owing to her great success in London and New York, the mother company put up a plant in Manila. It saw the birth of a classic – Camay Beauty Soap.

Camay had such a high profile status that the first case of the product that came out of Procter and Gamble plant in the country was sent to then Philippine President Elpidio Quirino.

On billboards, dailies and magazines, Camay fanned out its advertising positioning: “the soap for beautiful women.”
Soon it became popular and, admit it, your mom, tita and other members of the household swore by Camay, even horded stocks of them.

Morena, chinita, Spanish or American mestiza, Filipino women used Camay like goddesses wary of how they looked when they stepped out of their homes.

Up to the 60s, Lux, Camay, Lifebuoy, Safeguard and Palmolive were the leading bath and beauty soaps.
Lux, Camay’s arch-rival, launched Lux Star of Stars search, a popularity contest open to all female movie stars of the Filipino movie industry.

Camay, on the other hand, didn’t go that route. Instead, they launched a model search with the eventual winner becoming Miss Camay or Camay Girl, a very glamorous and prestigious PR event.

Camay was the key to stardom of many beautiful Manila socialites with Maritess Revilla and Toni Rose Gayda among them. Revilla’s two other sisters also became Camay girls and her mother Francisca Roces Revilla was the original Camay Girl.

Filipino women went on to achieve more after being launched as Camay Girls, notably Aurora Pijuan who captured the 1970 Miss International title and Vida Doria who won Bb. Pilipinas-Universe and chosen as Miss Photogenic in 1972 Miss Universe Beauty Pageant.

Camay Girls made heads turn and lived up to the product’s slogan: “Lahat ay napapalingon … at muling napapalingon.”
From the 50s to the late 80s, a span of almost 40 years, Camay and Lux dominated the Philippine market.

But where are they now?

A marketing guy who has worked with Procter and Gamble says: “Like roses, they must wilt and fade away.” He calls the soap brand a "bygone beauty.”

The brand was supposed to be re-branded in 2005 but nothing has been heard of its marketing reincarnation since then.
“Camay had lost its mass appeal in the United States, much more, in the Philippines when whitening soaps began to sprout like mushrooms in groceries, drugstores and supermarkets,” he says.

There are however many Filipino Camay loyalists, whose faithfulness to the product remained strong in many of our neighborhoods.

A high school principal, for instance, was shocked to find out that her favorite soap had vanished in supermarkets.

A former advertising mentor, who is now based in New York and working for a non-profit welfare organization in Manhattan reminisces how it was like working on Camay account:

“I am dusting cobwebs in my brain and I remember working on Camay, Tide, Pantene and Kotex. Camay was supposed to be a soap that would last and last and last, but alas... it did not,” she said.

“We first present the storyboard without audio. We then let them hear the pre-recorded sound while they veer their eyes away from the storyboard, the reason being -- viewers would take commercial time to pee or snack breaks so their attention gets divided. And yes, the usual "say-the-product-name-within-the-first-10-seconds and mention it at least 5 times within 30 seconds!”

During the early 80s, creative duties for Camay shifted to Leo Burnett Manila.

According to its website, Procter & Gamble still sells Camay to online distributors and abroad, mostly in Eastern Europe, although it may also still be available in some mainstream U.S. stores.

Procter & Gamble introduced Camay in the United States in 1926 as "the soap of beautiful women." The original wrapper featured a cameo of an elegant lady, her profile in silhouette.

Like many women around the world, Camay soap has remained a cultural touchstone to many Filipino women of a past era.
Posted by Roger Pe at 8:23 PM