YOU CAN JUDGE AN AGENCY BY THE PHOTOGRAPHY IT KEEPS 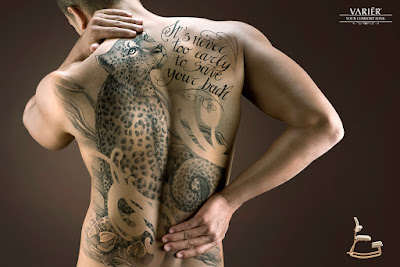 You probably know why you want to own a Giorgio Armani. Photographer Jerry Avenaim did a great job talking to your senses.

Millions of consumers around the world love Nike advertising. Bold, impactful, gutsy. The brand uses photography as a convincing weapon to make you buy.

Famous photographer Annie Leibovitz shot for Nike, good reason why more and more women around the world are joining the running bandwagon.

Some of the world’s best photographers like Howard Ruby, Florian Schulz, Jeffrey Vanhoutte, Brian Smith, among others have helped sell millions of dollars worth of brands.

Photography can make or break an ad or any medium that utilizes it.

The image you see on a piece of advertising is the single most important element.

An image is usually a photograph used to sell a product.

An ad can sometimes be an all-photo campaign. It can sell a brand by itself, even without words.

And if you can push it beyond the ordinary, you’re in for some big surprise.

You can judge a good and bad agency by the quality of photography it keeps.

The best ad agencies invest much time and money on photography and overall look of their ads. How their campaigns look like in public is a matter of serious concern for them.

What good is an ad if it has great copy but bad photography?

“Copywriters may spend hours crafting a compelling, mindset-changing headline, but it’s the image that first attracts the viewer,” says an award-winning Art Director.

When you have great copy supported by a great image, it’s precedent setting. It’s creating a standard and raising the bar.

A creative ad cannot have bad photography. A campaign cannot be as effective if it used images with sloppy lighting, no depth of field, bland contrast, and no effort done to enhance their raw beauty.

As you turn to the next page of a newspaper, which element of an ad do you remember? The image.

Through the years, technology has helped produce cutting edge photography via use of digital imaging, photoshop (within the bounds of reality), computer manipulation, color calibrating and other experimental tweakings.

Needless to say, the marriage of art and technology in photography has made brand selling more exciting.

But it is also making local photographers anxious.

With the continued marginalization of some sectors in the ad industry, how are local photographers, previously making a killing in the lucrative business doing?

“Bad”, says a veteran photographer, once most sought-after for his product and talent shots.

“We may run out of jobs soon and become endangered species,” says another.

In today’s frenetic scene, where some ad agencies have little time to do production preparations and extra budget to spare, stock photo companies rule.

But what if they don’t? They rely on images on the Internet with royalty-free usage, others crawl the net for copyright-free photos.

Forced by the current market squeeze, some photographers cannot help but lower their fees and adjust to budgets that come their way, making lesser-known photographers barely eke out a living.

Asked on how local photographers are surviving with the proliferation of stock photo providers, Myrvee Ortega, McCann WorldGroup Philippines’ Production Traffic Manager say:
“The expansion of many image companies, (like Getty, which recently bought Photolibrary) does not exactly pose a threat to local photographers. It actually challenges them to be more creative. They are measures that can help them survive the business,” she says.

Ortega says, “being creative” means enriching their crafts, upgrade their skills and get familiar with the latest trends in photography.”

While stock photo companies are on the rise, 100% of local ad agencies still use creative local photographers because of stock photo cost concerns,” Ortega says.

To cut on production costs, some ad agencies develop their in-house photographers. For simple shoots, their own Art Directors do the work.

Jeff Dytuco, former AVP for client services of a multinational ad agency, is one of the many advertising people who had ventured far, joining established camera clubs to promote the art of photography and imaging.

He himself was elected President of Zone Five Camera Club, one of the Philippines’ most prestigious and oldest independent clubs of photographers from various professions, all united with the ideal of building on their passion for photography as an art form.

The club was inspired by famous photographer Ansel Adams’ classic zoning exposure system that formed the basis of exposure degrees or zones used in classic photography.
Posted by Roger Pe at 4:49 PM