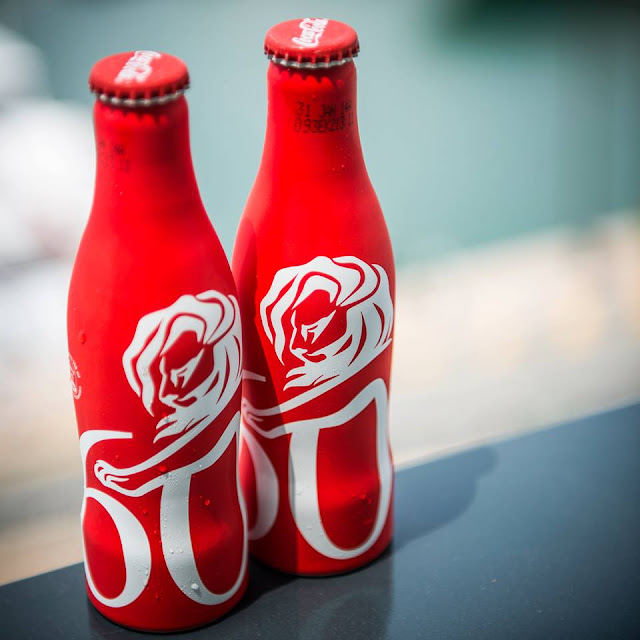 This is the 8th year that the Philippine Daily Inquirer serves as the official representative of Cannes, the world’s biggest and most prestigious advertising festival of creativity, in the Philippines.

As official representative, it drums up excitement for the global event, suggests jury members from the home country if applicable, picks the Young Lions competitors and organizes winners’ events in close coordination with the Creative Guild, the award-giving body of the Philippine 4A’s and PANA, Philippine Association of National Advertisers. 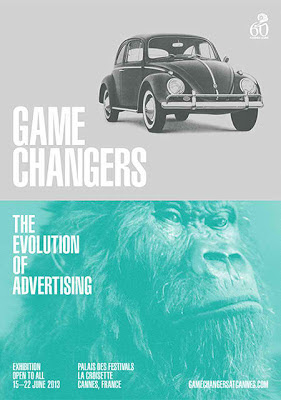 By encouraging ad agencies to test their mettle against the best in the world, the newspaper has helped the Philippines produce 1 Gold, 5 Silver, and a number of Bronze Lions in the Olympics of advertising.

This year, Cannes received a total of 35,765 entries from 92 countries, an all-time high. Creatives from around the world spent about 18.5 million euros, (almost 1 billion staggering pesos) to submit their work just to win what people say “the most epic creative award in the world.”

How much does one entry cost?

If you are attending as a delegate, registration fees begin at 1,250 euros. This is exclusive of hotel, airfare and food expenses.

During the 7-day festival, delegates can view more than 34,000 pieces of advertising, attend an extensive and unique program of over 50 seminars, workshops and forums delivered by the most innovative thinkers in the global communications industry, honor the winning work at four awards ceremonies as well as network and celebrate creativity.

Inspite of many harsh criticisms and bricks thrown at its door, Cannes continues to be a magnet to anyone who has something to do with advertising.

But Ad Age columnist Jonathan Mildenhall, says it all: “To truly be the best at global marketing, you have to seek out the greatest examples from around the world. 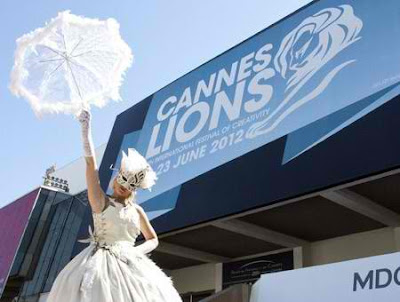 Cannes attracts world-leaders, tech-titans and ad gurus. Oscar-winning actors all attend Cannes, each provides inspiration and insight that serves to make us better creatives, better marketers and, in many cases, better human beings.

Cannes attracts the most diverse spread of creatively driven professionals in the world. Not just for today's world but for tomorrow's world.”

Cannes of a lifetime

It has been often said that an advertising professional’s career is incomplete if he or she has not experienced Cannes.

“A trip to Cannes is worth it, a learning that cannot be measured by money, an experience that can bring multiple positive things if you are mentoring new generation of talents,” says Pauline Feliciano-Warneck, a Cannes Gold Lion winning Pinay copywriter who worked with Leo Burnett-Arc Worldwide Kuala Lumpur.

“It’s benchmarking with the best in the industry and knowing what standards we should be comparing ourselves with,” says a client who is now a regular Cannes delegate.

Celebrating its 60th year this weekend with a big bang, Cannes promises to make it the biggest and most memorable. But as a hugely successful marketing success, questions still continue to pour if it has improved through the years.

Every year, Cannes tries to stay even more relevant, undergoing creative botox to make it even more desirable. 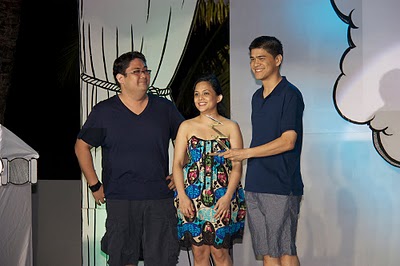 Over the last five years, organizers have introduced new categories and made the rules even tougher for serial scammers, recurring issues that have tainted its image over and over again.

It has introduced Creative-Effectiveness, Integrated, Branded Content and Entertainment, and this year, the Innovation Lions, designed to reward technologies and new platforms, apps, tools, mobile programs, hardware, products, and radical software, which allow brands and creatives to communicate with their customers in a new way.

Inspite of the global economic crisis and controversies that momentarily dimmed its luster in 2008 and 2009, Cannes still allures and continues to be attractive, enticing the big guns in advertising and marketing people worldwide.

In 2008, JWT Manila’s “Traffic Therapy,” produced for client Lotus Spa, claimed the Philippines first Cannes Gold Lion. The ad that was destined to make history was “Kidlat” Ad of the Year the previous year. It also brought home a gold from Cannes of Asia, AsiaAdFest in 2008.

BBDO Guerrero won a Silver Lion in 2005 for “Bunso” (Consuelo Foundation). The largely Ditsi Carolino documentary ad, stark and dramatic in black and white, created so much impact it paved the way for the creation of a law separating adolescent offenders from adult prison. 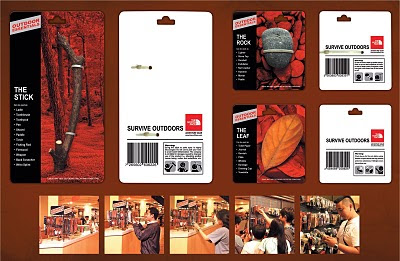 TBWA-Santiago, Mangada and Puno won an Outdoor Silver Lion in 2011 for Boysen’s “Creatures”, a sequel to the “Flowers” campaign released a year earlier by the agency which won 3 Cannes Bronze Lions.

The campaign has garnered a metal haul of 17 golds, 28 silvers and seven bronzes from various local and international awards shows like the Araw, Kidlat, Spikes Asia, New York Festivals and One Show. 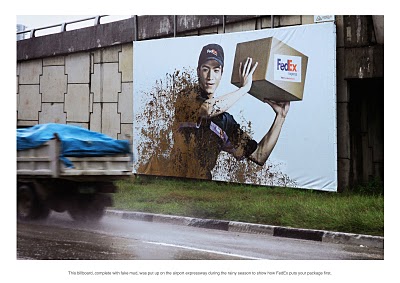 Inspired by the International Film Festival, which had been staged in Cannes since the late 1940s, a group of advertising professionals felt that ad makers from around the world should receive similar recognition.

The first Festival took place in Venice in September 1954, five years ahead of Clio, with 187 film entries from 14 countries competing.

The Lion of Piazza San Marcos in Venice was the inspiration for the Lion trophy. The second Festival was held in Monte Carlo and then in Cannes in 1956. After that, the Festival took place alternately between Venice and Cannes.

As Cannes Lions celebrates the very best in creative communications from around the world, it is set to launch “The Game Changers”, an exhibition and accompanying book that extol six decades of campaigns that have changed the landscape of the advertising industry forever.

From Volkswagen’s ‘Think Small’ to the Nike Fuelband via Levi’s ‘Launderette’, it looks at the ‘firsts’ from the creative companies that have been transforming brands for 60 years.

The book, Game Changers: The Evolution of Advertising, published by Taschen for Cannes Lions and edited by Peter Russell and Senta Slingerland, features more than 150 of the most outstanding campaigns produced since the 1950s, and discusses the context in which they were launched. 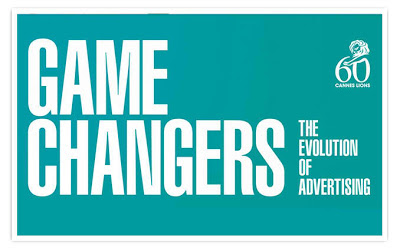