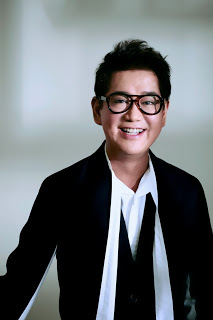 Some people say advertising is a waste of time and money. The good thing is, the number of people who say that today is getting fewer and fewer every day.

It makes brands a lot better because of competition. Without advertising we’ll have no way of finding out what is good and what is bad. On a bigger scale, advertising can build schools, character and even a country.

“When I’m asked my opinion of an idea, I ask my team: What will change because of this? Whose life will it change if we run this?”

In his Lifetime Achievement Award speech bestowed by the Creative Guild, award-giving body of the Philippine 4As (Association of Accredited Advertising Agencies) a month ago, Castro said:

“If indeed it will change something, will it change it positively, for the good, for the better? By answering the questions, everything difficult about the job becomes easier to deal with, because there’s meaning to what you do. It becomes more than just beating a deadline.”

Castro never dreamed of becoming a CEO. Right after graduating from UP College of Mass Communications, the Broadcast Communication major joined the advertising business because it was the “coolest thing to be in during that time.”

The first job that he applied for was in media department because one classmate said “people there get many gifts during Christmas.”

In the application form, he was asked the second department he’d like to be in. He wrote Broadcast Production because he was told that producers also get a lot of gifts on Christmas.

He ended up in creative department as a copywriter. “I thought it was the worst because one didn’t get gifts on Christmas and nobody outside advertising knew exactly what a copywriter did,” he says.

He spent many years in Lowe Worldwide, an agency that has seen many name changes: SSC&B Lintas, Lintas, Lowe-Lintas and finally, Lowe Worldwide. In the same breath, his stature would also change. 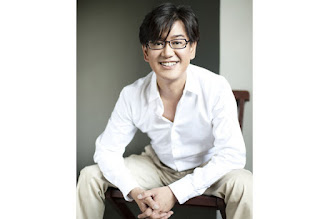 He rose from the ranks, emerging as the agency’s creative department head when fancy advertising titles were unheard of and creative directors weren’t a dime a dozen.

“I learned many beautiful and good things from many people. There are so many good things around us that we can learn from if we only know how to harness them. I once heard a punchline from a janitor and used it,” he says.

Many of Castro’s campaigns for Unilever, Surf, in particular (“Lumen” series) were used abroad, dubbed in foreign languages and boosted sales.

He and his team created campaigns one after the other effecting change in the agency’s billings and market shares, eventually toppling market leaders.

Surf used to be a cheap bar until it became Unilever's flagship detergent brand. The ad campaign "Lumen," which was about a bar that could give savings to housewives, increased sales for Surf and was followed by other countries.

At Lowe, Castro helped the agency build a portfolio of commercials synonymous to sequels that became a trend. Remember the courtship of Lando and Lumen, their wedding, birth of the twins and their baptism? Pinoys watched and the world noticed.

In 2007, Castro achieved his lifelong dream of making it to McCann. “I have always been a fan of McCann and there are a lot of reasons. One of them is its culture of doing noble things beyond advertising. I have long been wanting to join an agency that champions positivity on a broader scale,” he proudly says.

“Everything that the agency does makes an impact, not only to the industry that it belongs to but a bigger sphere of the community,” he says with so much passion you can almost hear his heartbeat.

He mentions San Miguel Beer, which united the country after a celebrated pitch and it launched “Iba Ang May Pinagsamahan,” a campaign full of meaning beyond the brand promise.

Biogesic’s “Ingat”, for example, not only made people feel better but also made our community a safer place. If you take a closer look, Globe ads go beyond texting. It tells us that communication shapes lives, businesses and relationships.

Jollitown made television child-friendly. BPI on the other hand, encouraged people to do the best with the money they have. "BPI's Institutional campaigns "Let's Make It Easy" and the Facebook campaign "Talk To Us" empowers Filipinos to be financially well and knowledgeable."

“That’s what I love with McCann. Part of our idea of creative solution is to transform brands as agents of change,” Castro says about the agency’s brand of advertising. 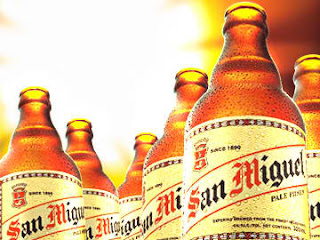 “People in advertising, or those who profess to use the media have a lot of opportunities to do good and effect positive change,” he says.

“In Maggi, we not only romanticized Filipino culture but brought it to the fore and empowered mothers, the people whom we sometimes take for granted.

The Maggi ads we have created gave tribute to all mothers for delighting their families through home cooking. Moreover, our Maggi ads empowered them with the knowledge to prepare traditionally home-cooked Filipino staples.

In Coke’s “The OFW Project”, we wove into the story the most challenged part of our society, the family.”

To celebrate the momentous event, the iconic household name, did it more meaningfully, not with a grandiose announcement and breast-beating logo, nor with a spectacular pyrotechnics display - but by simply becoming real.

Before the cold winds of winter seeped through our homes in December of 2011, Coke was a friend, wanting Overseas Filipino Workers shed tears of joy.

Many of those who saw the soft drink’s virals on Youtube got affected, so affected they cried.

Who wouldn’t? Filipinos have many extended families across the archipelago, even in many parts of the world. It’s safe to say that every Filipino household has an OFW relative and can tell how hard it is to be one. If it affects a non-family member, imagine if the loved one’s story was actually being told.

In this non-traditional vehicle, a girl narrated how she’d rather send her vacation pay home than spend it on airfare. That way, her family could make both ends meet and pay for other needs.

Choked by emotion, a man told us he didn’t see his baby grow up because his family needed money to keep body and soul together.

For millions of Filipinos like them who couldn’t go home no matter how much they wanted to, Coca-Cola gave them precious gifts money can’t buy: The joy of seeing loved ones on Christmas.

“It is not just about selling bottles of softdrinks anymore. It is sharing positive things for the better,” Castro says.

McCann’s “The OFW Project” for Coca-Cola became the country’s most awarded online campaign. When it won the Platinum, the ultimate accolade in the Asia-Pacific Digital Media Awards, the jury described it as “a viral sensation that triggered massive cultural and emotional impact because of the insight-rich strategy and heartwarming video execution.” 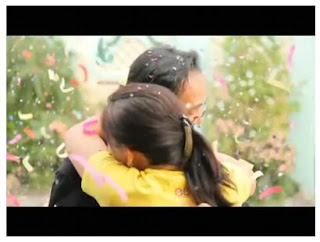 At its peak, Coke’s “The OFW Project” was the world’s most shared video, getting over 1Million shares by netizens from different parts of the globe.

Two years ago, millions of commuters along Edsa saw the country’s first living billboard unveiled, a 60 ft by 60 ft of tea plants that could absorb an average of 13 pounds of carbon dioxide annually.

Like the “OFW Project” that went viral, this one got word-of-mouth faster than a speeding bullet.

Advertising bible Ad Age noticed and so did New York’s Adweek, The Huffington Post, Forbes and practically all the world’s major trade magazines and their digital editions. 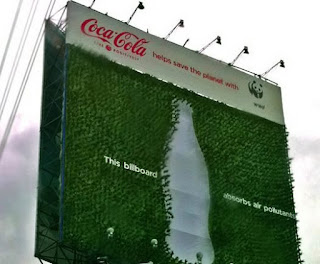 How is Castro as a CEO? “You become a leader when you put people first.
You can’t be about yourself anymore. You are there to create the kind of atmosphere that will help a greater number of people, provide a panorama of solutions that will transform your clients’ brands and grow their business,” he charmingly says.

Castro was conferred the Lifetime Achievement Award by the Creative Guild of the Philippines at the 2013 Kidlat Awards.

In his acceptance speech, he defined successful advertising as, “works that can positively impact on people’s lives. That has become my guiding principle in almost everything I do, in the business I’ve decided to stay in. If, through my works, I have changed, even for a wee bit, one person’s life positively, then I think I have achieved something. Only then would I think, I deserve this award,” he says.

The Guild unanimously credited him for steering the most number of brands to market leadership. His body of works is recognized locally and internationally for creating positive impact on brands, businesses and consumers.
Aside from “The OFW Project” and “Living Billboard” McCann has created landmark campaigns under his leadership: “Iamninoy, Jollibee “Jollitown,” Bank of the Philippine Islands “Let’s Make it Easy,” Enervon “Energive- Energuard,” among others.