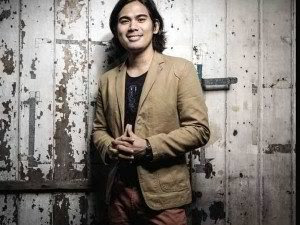 What makes a story extraordinary?

It has a simple plot. Interesting characters. Unexpected twist. And certainly, that central character that comes in the nick of time to solve a difficulty, the superhero.

In Greek drama, deus ex machina was often performed in ancient theatres, with an actor playing god or goddess lowered literally by a mechanical device from suspension above the stage.

His role was to bring a solution to overwhelming odds, sort things out and whip up a tidy conclusion to a convoluted situation. He was like superman, a knight in shining armor, ready to give you a happy ending.

In a nutshell, that’s how IdeasXMachina built around its agency idea and got its name, a creative engine in full throttle, an idea machine always switched on when others are switched off, an ‘engine-ius’ presence, so to speak, when brands need brighter and better illuminating creative solutions.

Popularly called with an edgy three-letter name, IXM was one of the newest kids on the advertising block that sprouted when the industry’s landscape experienced tectonic shifts over the last few years.

For its size, accounts won and body of work, IXM ranks high or perhaps already on top of the heap in its category today. 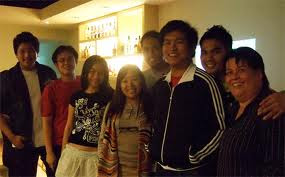 Last year, the agency helped launched Pepsi’s Tropicana Coco Quench with a series of attention-getting tv commercials.
The new product is 100 percent fresh and made from real coconut water, the first locally produced drink with an eight-month shelf life.

IXM is also best known for changing the way people look at pedestrian lanes in Pasig. Remember those eye-catching lanes when you crossed the street in the area?

It’s probably Domingo’s creative DNA, the passionate workhorse, tirelessly spinning machine with a gungho “I know I can win” attitude.

It could be his ‘creative engineering’ philosophy. He believes advertising is more of a science, a discipline that respects results and deadlines.

Domingo says IXM moves consumers by devising ‘engine-ius’ communication systems. “It is a pressure we put
on ourselves to create the best work possible for a brand, in its category and in the world. It is the benchmark by which we judge the quality of our existence and paycheck.” Very well said.

“Advertising is a lucrative business if you’re good at it. I can convince and beat anyone,” he tells Business Friday.

You can sense that Domingo has the makings of a David Droga or Crispin Bogusky, two of advertising world’s most successful young creative entrepreneurs because of his strings of account wins. 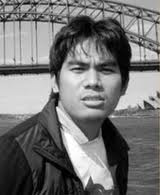 Domingo calls IXM his baby and dotes on his brainchild. “We’re ready to face the big boys. We are a machine, churning out creative work fast when others belabor and stall time,” he proudly exclaims.

He is the anti-thesis of everyone’s idea of an ad agency CEO, early 30s young, cool, a jeans guy, dashing with his good moreno looks.

You can mistake him for a rocker with loads of talent, a hotshot copywriter who has penned a number of award-winning commercials and steered a string of successful pitches for his former ad agencies.

From the very beginning, Domingo has always thought of putting up his own ad agency that’s why he took up Integrated Marketing Communications in college.

Mentored by some of the best names in the industry and armed with iron-willed determination, there was no reason for him not to succeed. Among local admen who inspired Domingo belonged an illustrious line-up: Teeny Gonzales, Mon Jimenez (now DOT Secretary), Jacinto Puno and Melvin Mangada.

The result: A guy ready to claim the world, someone ambitious to put up his own advertising castle when his peers are still chasing girls and pavements.

He remembers Jimenez for his comprehensiveness, a guy who already knew how a brand would benefit from a campaign proposal at evaluation stage. He’d like to have that gift.

Mangada inspired Domingo for his incisive creativity, dedication to his craft and attention to littlest detail. He attributes Gonzales for painstakingly taking care of him while he was her creative underling, and for being very generous with her time.

From a resident trainee at McCann-Erickson, prolific copywriter at TBWA-SMP, Domingo became the country’s youngest Creative Director (Publicis-Jimenez) at 26, working on brands like Jollibee, Globe, Unilab and SaraLee. 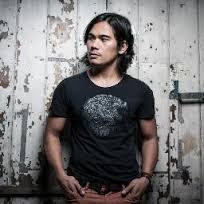 In McCann, he was one of the copywriters for Sprite “Magpakatotoo Ka” campaign, voted as the Philippines' best of the past decade.

Collaborating with the best creative minds in the industry has built him a formidable arsenal of creative weapons, including his mindset.

Unlike most creative people, Domingo is not egoistic. He loves hearing other people’s points-of-view. “At the end of the day, it is still a teamwork,” he explains.

While other creative people are bad at verbal communications, he loves convincing clients with his engaging presentation and convincing skills.

Emily Abrera, one of the industry’s iconic figures once complimented him as someone with “sparkling bright eyes when presenting to clients” – that moment when creative people hug the spotlight to sell their ideas.

The maverick creative that used to hate process has gone a long way and matured considerably. “I am now fond of it and respect it. If you want clients to embrace your idea, we must learn how to put ourselves in their shoes. If you’re in this business, you must learn to understand their business,” he says.

You don’t hear the word fear from Domingo. Not even the names of established multinationals brandishing a menu of work and line-up of people. He has beaten them before and would love to do it again. 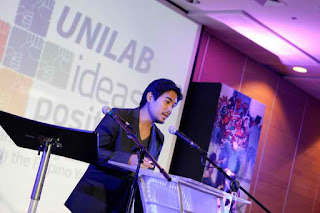 Winning over some of the industry’s big men in advertising has boosted Domingo’s confidence. He wears it like a badge of courage.

“I believe there are still people out there who look at the work, rather than on credentials alone,” he emphasizes.

The young teacher who teaches young kids advertising always tells his students: “Greatness doesn’t come easy. You just have to do it like Rizal and his idealistic buddies. Del Pilar, Luna, Lopez Jaena, all started young and they made impct,” he says.

Domingo was very active in the Creative Guild’s “Raw School”, a series of classes attended by young, raw talents from different advertising agencies. Executive Creative Directors from 4A’s member agencies take three hours off their crazy schedules to talk about how to make advertising that works.

How is he as a creative boss? “I give feedback immediately. If I have to sit with the person who’s cracking the brief, I will guide him or her to do it,” he says.

Domingo’s most memorable moment in advertising was when he took the lead in a big business pitch. When his immediate superior was unavailable, he took the bull by the horn and brought home the bacon. That intensified his burning desire: he, too, can lead, do it and win. 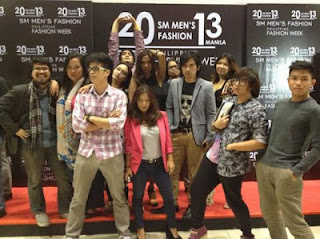 Outside of advertising, Domingo organizes learning communities for street kids with a youth club called “MalakingMunti” (BigSmall) and for this was inducted to the Ten Most Outstanding Citizens of Muntinlupa.

He gives back to his alma mater, teaches copywriting and art direction at the University of Asia and the Pacific. Many upcoming young creatives in the industry right now came from his class, chasing their dreams in advertising, perhaps wanting to follow his footsteps.

Got complicated creative problem? Need someone to disentangle your marketing woes? Rev up your IXM.